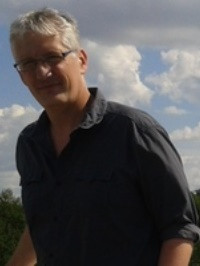 DISCLAIMER: The aim of this series of short comments is to present the basic ideas of papers discussing the problems of political realism in a humorous form. My choice of a sarcastic tone is not intended to harm anyone's feelings, only to make the comments more accessible.

The paper starts with a bold claim that neither realists nor their opponents pay enough attention to metaethics despite the fact that most of their disagreements seem to turn on their conflicting metaethical committments. Nye traces this purported lack of interest to a not particularly charitable interpretation of the slogan "poitical philosophy is not applied ethics" which he understands as a separation of ethical and political norms. He also suggests that most of the metaethical claims of realists seem to belong to what Darwall called "old analytic metaethics" as if realists had nothing to say about issues that come from "new" metaethics. Strangely enough, Nye drops this suggestion later and  his paper focuses on two questions (fact/value dichotomy and the apriori nature of values), both of which are well-known from "old" metaethics. He discusses two anti-realist metaethical arguments and their realist counter-argument, but since both of these questions are extensively discussed in the realist literature, Nye actually fails to demonstrate that realists could profit from a closer engagement with metaethics. In addition, he seems entirely ignore the moral philosophical oeuvre of Bernard Williams, and thus misrepresents the actual relations of ethics and politics in realist political philosophy.