Did the Rawls of Political liberalism become a realist? 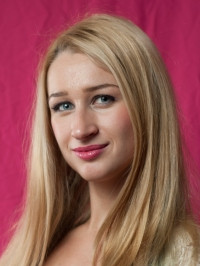 My name is Anna Ujlaki and I am an intern at the Institute for Political Science. The Paradox of Realism Research Group’s call for interns first came into my sight in the summer of 2015. I immediately knew that no research would suit me better than the exploration of Political Realism, knowing that this area of political thinking approaches politics and society just the opposite way I dealt with these before. Therefore, I responded to the internship call of the Academy and got the chance to join the Realism Team.

Currently, I am attending Corvinus University of Budapest completing my MA studies in Political Science. Previously, I received my BA degree in Political Science at Pázmány Péter Catholic University. The topic of my thesis was John Rawls, whose political philosophy has been considered the utmost rival by political realist thinkers. Thus, within the project I work with the critical module, which primarily focuses on the dispute between Political Realism and Political Moralism. My research includes finding out whether or not Rawls responded to the realist critiques received, and if the theorist did respond what were his answers.

While taking part in the work of the module, I acquired a significant amount of professional experience during the project meetings and critical discussions of the relevant literature. I got acquainted with numerous works of realist authors, all this with the interpretation, insights and personal opinions of renowned experts, which I consider an exceptional opportunity. At the end of 2015 our team held a workshop at the Academy, where I presented my preliminary results of my research about Rawls. From the beginning of 2016 I continue my research, while also working on the paper version of the presentation held at the workshop.

Political Realism defines itself in opposition to Political Moralism as marked by Rawls, and therefore the thematic exploration of Realism requires a thorough examination of A Theory of Justice and Political Liberalism, his two most important works. A Theory of Justice, published in 1971 is considered as the rejuvenescence of normative political philosophy; thus, the various streams of contemporary Anglo-American political philosophy are best understood in terms of their relationship to Rawls’s work. As a reply to communitarian critiques Rawls made certain modifications to his theory summarizing them in Political Liberalism. Apparently, for some reason realists only deal with the content of A Theory of Justice, thereby we enter a terra incognita when exploring how Rawls address issues in his Political Liberalism that are usually associated with his realist critics. In the end, the most exciting question is whether the late Rawls turns into a realist political philosopher to some extent or not.