Between moralism and realism 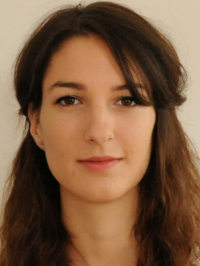 I joined the project The Paradox of Realism in September 2015. As a MA student at the Philosophy Institution at Eötvös Loránd University, my research area is political philosophy and its relationship with moral philosophy. From the three modules the project consists of I work within the critical module, as that being the closest to my formal educational background and academic interest. This module is prevailingly dominated by strong theoretical debate, diverse dispositions, which makes the work more genuine.

The first part of the project was very fruitful. Besides holding project meetings, we focused on revising the contemporary international realist literature, produced and critically discussed a number of papers some of which appeared in the first thematic volume on Realism. After the intensive work of three months, in December we organised a successful workshop where the critical module’s work was featured. The presentations became the bases for further work in the second part. With the conclusions drawn from the workshop’s debate the work on the corresponding papers continued.

My presentation and paper explore how realism sees morality and morality’s role in political theory based on the following. Realist writers generally define political realism in opposition to moralism in politics. In recent years the definition became more-and-more subtle, marking the place for realism between political moralism and ‘might is right’. From this distinction it is already evident that political realism does not reject all forms of morality that presents itself in politics. However, even though it does not reject all forms of morality it rejects some forms of moralism. My question is ‘How does realism see morality’s status?’

This becomes especially interesting, when one investigates the legitimation concept of Realism. The focus of my presentation was the realist legitimacy of political power proposed by Bernard Williams, one of the most important authors of contemporary Realism. There proved to be a paradoxical circularity in the theory. It is wrong to base legitimacy on a priori universal moral principles – as most prominently John Rawls did. Realist account of legitimacy start out by observing the nature of political life: conflict and deep disagreement characterises the state of affairs. People disagree about several things, including morality. That is why moral principles cannot precede the political. However, if one is also to avoid the ‘might is right’ self-legitimating concept – seemingly the realist end up with a contradiction. The source of legitimation cannot come from outside politics (moral principles) and also it cannot come from inside politics (‘might is right’).

These were the ideas further developed in my paper. After showing the circularity, in spite of this problem, I have moved on to research how realists tried to give an acceptable account of legitimacy with the help of the work by very influential writer Matt Sleat. Sleat made changes to the strict requirements Williams proposed, giving a more sensitive understanding of legitimacy. Sleat’s “inevitable imperfection” theory, is a step forward, nonetheless, the problem is far from being solved, generating the need for the thorough revision of Sleat’s work and more generally the realist morality and legitimacy.