Liberalism vs. Realism: the Hungarian perspective 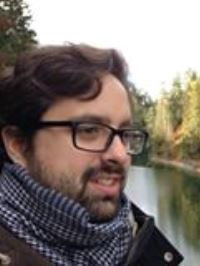 Being the co-ordinator of the comparative module of The Paradox of Realism Research Group, I focus on the parallelisms and differences of the political thinking in Hungary in the last two decades with the current theories of political realism. I graduated from Eötvös Loránd University, Hungary, and the University of Sheffield, UK, as a political scientist. Currently, I am in for defending my dissertation on the ideology and political thinking of the socialist era in Hungary. As a junior research fellow of the Institute of Political Science, Hungarian Academy of Sciences I study political philosophy of liberalism and its theoretical and practical repercussions.

Besides the research of the comparative module of our project, I pore over the political theory of modus vivendi. As some of its theorists have already expressed, modus vivendi theory is intent on balancing between Rawlsian constructivist and morality-laden liberalism and a kind of Hobbesian perspective of the anthropology of “real world politics”. John Gray, one of the promoters of realist liberalism, recommends a neo-Hobbesian way of social coexistence which is undeniably less ambitious than Kant-based liberalisms. Being a post-liberal (or post-Enlightenment) theory, modus vivendi is more a practice-oriented and open-ended theory than philosophical constructions based on high morality. At the same time, as Gray writes, modus vivendi is not the theory of “anything goes”, and it is necessary to have a solid political foundation of social co-existence.