The science and the practice of politics 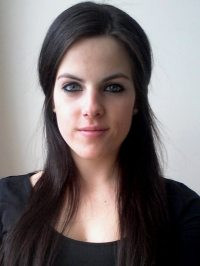 After joining The Paradox of Realism Research Group’s project in February 2016, I am currently participating in the work of the analytical module, which focuses on the reconstruction of the theories of the Hungarian "realist turn". As a student of the master's program in Political Science at Pázmány Péter Catholic University, I developed a special research interest in political theory, which meant great motivation for getting involved in The Paradox of Realism research.

In the research my academic challenge is to analyse the debates on political science that has been emerging in Hungary for the past twenty years or so. The most troubling problems that constantly reoccur in these debates are in connection with the nature of political science. Examining the different sources it becomes evident that there is no consensus on the exact nature of the science, which comes from the more fundamental problem of how to define self-conceptualization. The stake of this multiplayer polemic is the following: can political science as a scientific discipline be independent from politics? I am looking for the answers to this highly complex question with concepts of the realist theory. This theory marks the topics for my investigation, since Political Realism offers an alternative perspective to mainstream political philosophy and with it a set of new questions which precisely reflect on the issue of the nature of political science. These include the conflictual nature of politics, the scepticism towards scientific endeavours and experience, the pessimistic anthropological approach toward the subjects of politics and, finally, the role of the legitimacy from the perspective of political science.

Since the Hungarian transition, political science has come a long way and it has become strongly professionalised. However, it did not leave behind its provincialism. Hence, despite of significant development, a number of drawbacks can be derived from this. According to most political scientists Hungarian political science still needs to work on meeting western standards. Nevertheless, in the case of understanding Political Realism it might mean some advantage, which in turn facilitates the gain of greater insight on contemporary Hungarian political science. What makes Hungarian political science more receptive of the ways the realist theory is enquiring about politics is not necessarily a unique phenomenon. Therefore, there is an additional task to accomplish: mapping out the popularity of realist political theory in countries of similar historical background of thought and politics in East and Central Europe.