Zoltán Balázs's new book is released on the separation of powers 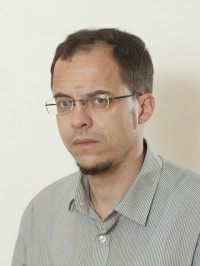 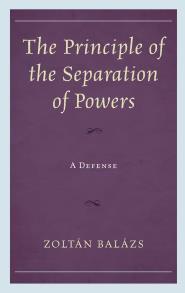 The Principle of the Separation of Powers

The separation of powers is one of the most cherished principles of constitutional government in the Western tradition. Despite its prestigious status, however, it has always been controversial. It has been attacked for being inadequate to account for institutional realities; for being inapplicable to parliamentary systems; for lacking a convincing normative grounding and even for being harmful, inasmuch as it hampers both the immediate enforcement of popular will and efficient political leadership. Current political crises all over the world, especially the rise of populist democracies and authoritarian regimes, however, make the principle worth a closer, more positive examination. This book takes stock of the criticisms of the principle of separation of powers and attempts to offer a new normative account of it. It argues that the separation of powers cannot be restricted to governmental institutions, agencies and decision-making procedures. Rather, it must be derived from the very basics of government, from the very notions of political order and articulated government and from the distinct though related concepts of social and governmental power and of authority. Once these distinctions are made, institutional separations are easier to be established. Contrary to the classical and most contemporary conceptions of the principle, the present account argues for a relational and negative conception of the separation of powers. The legislative branch in conceived of as the one where political authority, political power and social power are all equally represented. The executive branch is best understood as excluding social power whereas the judicial branch is marked for its opposition to the influence of political power. This conception avoids the pitfalls of essentialism and functionalism and makes the principle applicable in a much wider international context.